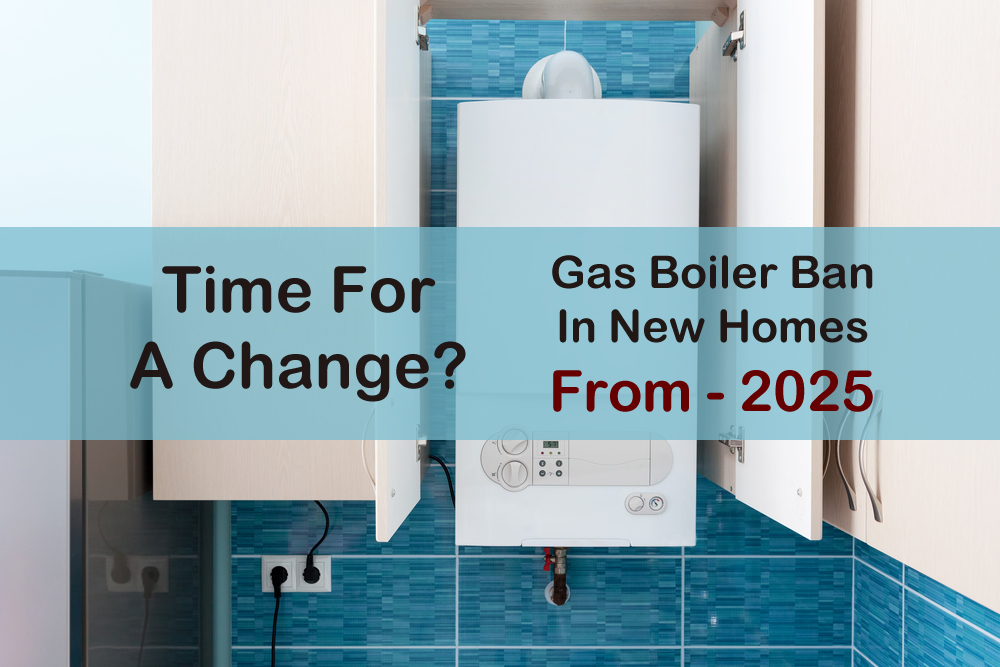 In 2019, the UK’s parliament passed legislation demanding the government cut the kingdom’s greenhouse gas (GHG) emissions by 100% by 2050. Achieving this would make the UK a ‘net zero’ emitter.

The UK’s critical plan to realise ‘net zero’ is banning gas boilers starting from 2025. Hence, the question begs, what will a gas boiler ban mean to the ordinary citizen? Is an oil boiler ban underway too? And are there substitutes for gas heating?

What Does ‘Net Zero’ Mean?

Net-zero means striking a balance between the quantities of GHG releases generated and the quantity removed from the atmosphere. There are two distinct ways of realising net zero that work together: cutting existing carbon release and aggressively getting rid of GHGs.

Why Do We Need A Gas Boiler Ban?

Over the decades, the masses have gotten used to cheap heat. But research conducted by the Committee on Climate Change shows that heating is responsible for almost 33% of the country’s GHG releases.

About 95% of homes in the UK are centrally heated, and a more significant chunk is dependent on gas boilers. Since gas is a fossil fuel, it emits carbon dioxide, which plays a crucial role in catalysing climate change. To be specific, the carbon dioxide emissions’ lion share comes from the combustion of fossil fuels. And heating contributes roughly 30% of the UK’s net GHG releases. Nonetheless, it is not exclusively a UK issue. Gas is extensively utilised across the globe to warm homes. Gas is a significant energy source in Australia and Asia too. Across the global south, on the flip side, much of the energy utilised comes from waste combustion and biofuels.

How Can A Gas Boiler Ban Help?

The UK was among the first countries to demand the government lowers GHG releases to zero by 2050 through a campaign dubbed UK Gas Boiler Ban 2025. Hence, it is a legal demand that we realise this target. In the UK, the most efficient method of mitigating the nation’s carbon releases is by embracing substitutes to fossil fuels.

Thus, a ban on gas boilers will oversee the implementation of low-energy, zero-releases substitutes like air source heat pumps.

What Will The Domestic Ban In 2025 Mean For Me?

Currently, there is a ban in newly constructed houses, which we come into effect by 2025. According to the Ministry of Housing, Communities & Local Government, there are about 25 million houses in the UK, and every year, we construct about 160,000 new ones. Hence, it will take years before we see a ban on gas boilers cause a ripple in the vast ocean of GHGs.

However, numerous people have doubted the sensibility of the UK gas boiler ban 2025. A committee noted that the price of fitting low-carbon heating in a home was below £5,000, a figure that is five times less than it costs to renovate a house.

Will The Ban Apply To My Home?

The ban on gas boilers starting from 2015 applies only to newly constructed houses. The government has no plans of doing away with gas boilers in present homesteads. However, the government can encourage the masses to embrace gas boilers substitutes by utilising incentives and grants. This is already going down as the government is running a Renewable Heat Incentive Campaign. The campaign offers homeowners a quarterly incentive for embracing the renewable heating system.

There are several feasible options to utilising gas to warm our houses, including;